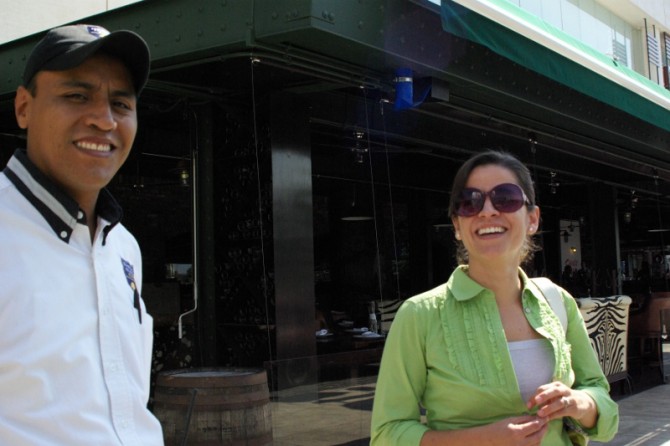 Over the years, we’ve noticed a change in the flat suburban skyline of Guadalajara, Mexico: The ultra-modern looking, sleek, tall development of Andares. Standing in contrast to much of its sprawling surroundings, is this a good or bad example of development for other urban centres in Latin America? Here is how Andares measures up:

This development has helped to make compact living attractive, as opposed to the usual sprawling suburb built over agricultural land. This might persuade families to buy-into smaller dwellings without feeling a loss of quality of life or status. Unfortunately, it is so exclusive, so boutique, so chic that security guards claim you arenâ€™t even allowed to take pictures of the buildings. Odd, considering the marketability of some of these fresh architectural creations.

The Andares mall offers well maintained, publicly accessible outdoor space including a playground for kids.Â  A major success compared to most malls 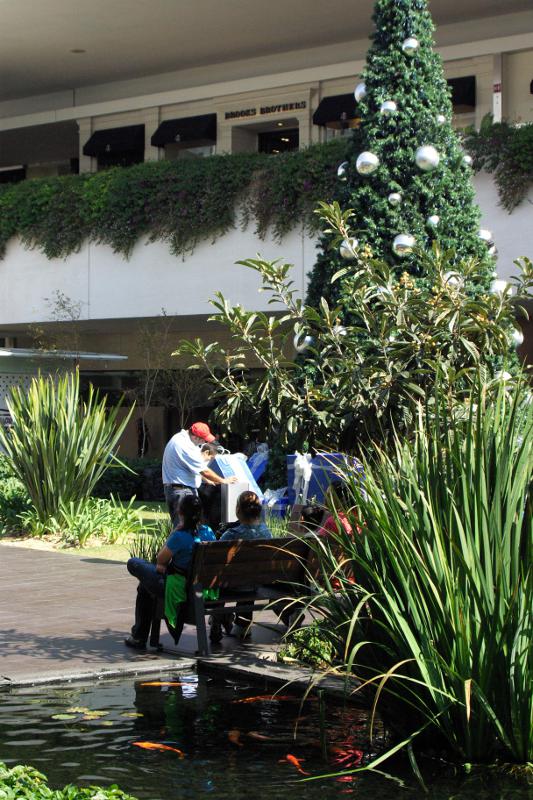 Andaresâ€™ underground parking avoids large expanses of typical surface parking lots.Â  This was a good design move, yet to achieve better results, this should really allow buildings to be closer to an accessible commercial street or transportation hub instead of being behind a field of parked cars and asphalt. In this case it has allowed for little enhanced proximity to anything… and more room for overbuilt streets. Andares is an urban-feeling island surrounded by suburban sprawl, andÂ doesn’tÂ perform like a town centre should. 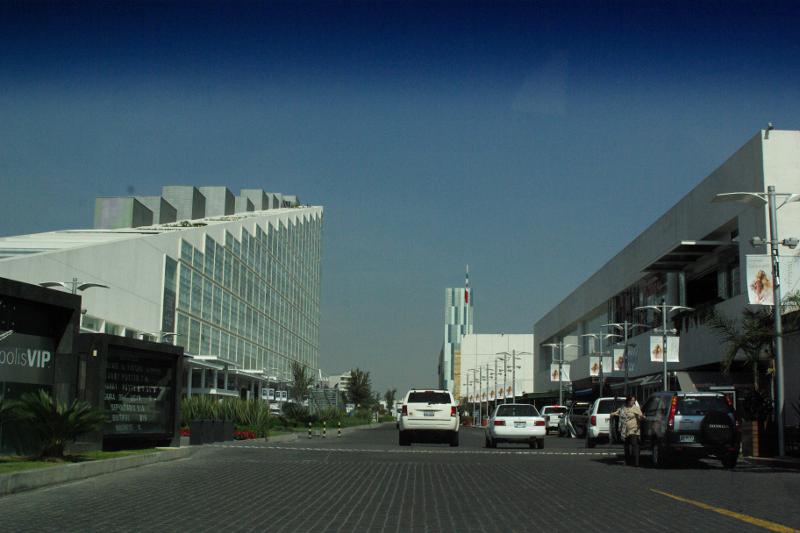 Andres has mix of land uses including commercial, residential, with some green space, which in theory should allow people walk, instead of drive, for many of their daily needs like food and shopping. However, in reality the development offers little more than chic clothing stores and a food court. No corner stores or grocery markets, printing shops, coffee shops, hardware stores, bars or anything else that makes for a complete community. Although a few offices and institutions are located on-site, a big step towards reducing the need to commute to work, ultimately very few of the daily needs of residents will be taken care of here.Â  Even fewer residents will be able to walk or bike to work. Located far in the suburbs, Andares is too isolated to be an integrated, accessible part of the city.

There are well-designed amenities for cyclists and street furniture (thank you bktmobiliario), yet Andares has far, far more vehicles than bicycles. By design, vehicle-use is in fact promoted with an over-built central entrance to display them to other consumers, and an on-site gas station to fill them up. 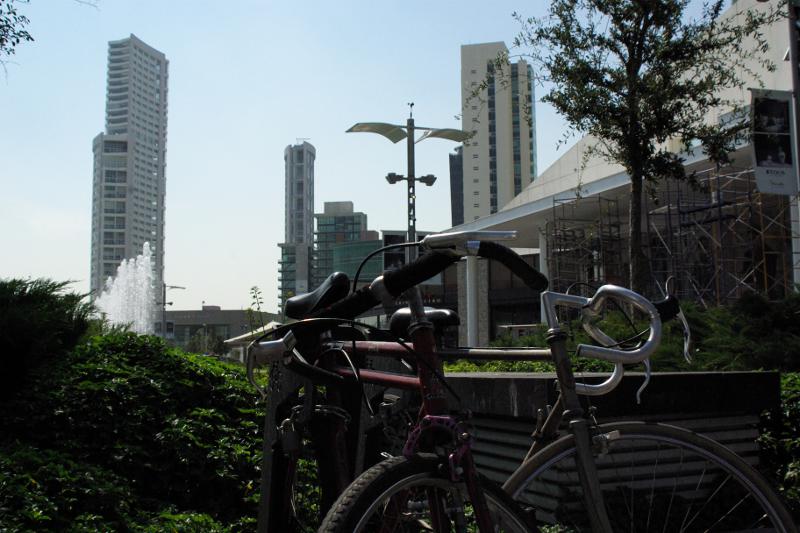 A couple of the buildings cleverly used wood window cladding to absorb the intense Guadalajara heat and sun. Sadly, the rest will likely perform like greenhouses, forcing owners to rely on energy-intensive air conditioners to bring indoor temperatures down to comfortable levels. 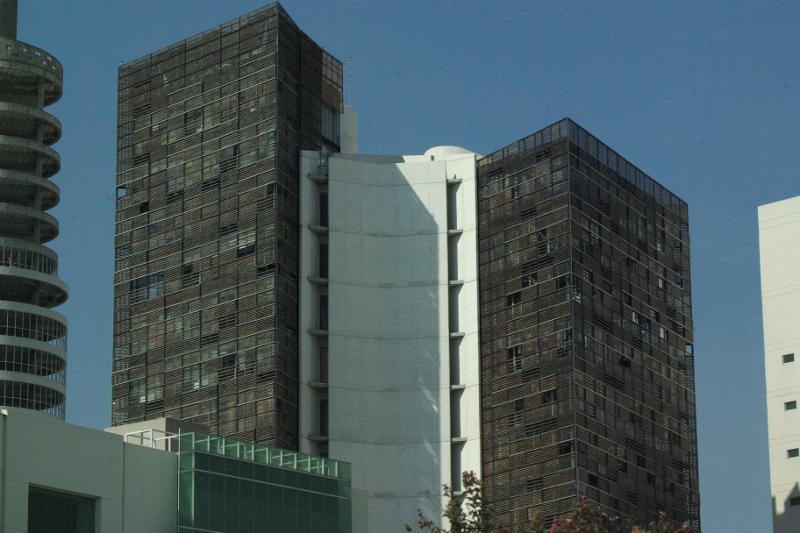 Simple, energy-efficient technologies for some, air conditioners for others

In conclusion, as an example of a new, upper-middle class development that could serve as a model for many others in a growing, relatively wealthy city, Andares has been successful in re-visioning the future of community development. This is a desperately needed fresh start for Mexican cities like Guadalajara. However, we’ve found that it really only just begins to scratch the surface of a wealth of strategies that could improve its sustainability. With its narrow spectrum of commercial retailers, lack of a full-suite of public amenities, car-dependent suburban location, and architecture that is largely more style than substance, it is far from being a good example of modern, sustainable urban design. Perhaps it should have been built in the city centre such as the original housing proposal for the 2011 Panamerican games. That high-rise development, too, was moved from the city core to a sub-urban location so distant it feels like it isn’t even part of Guadalajara. Such inward moves could have helped revitalize the historic “Centro” district- an area rich in commercial activity and connected by train and bus, but completely void of permanent residents, allowing its beautiful colonial buildings fall to ruin upon abandoned, unsafe streets. When will Guadalajara start placing its building infrastructure investments where they belong? Although Andares is a good first step towards a more sustainable city, many more integrated steps still need to come.