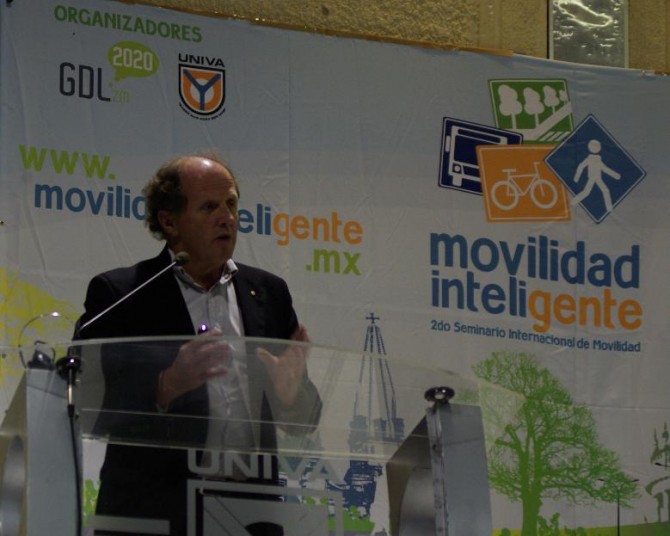 The inauguration of “Movilidad Inteligente” conference hosted by Guadalajara2020 saw renowned architect and city planner Rob Adams from Melbourne, Australia give us a tour of how his city changed from a urban mess to an urban oasis. Guadalajara is faced with massive mobility and city planning challenges like Melbourne was in the 1980s…Â When asked how to start the enormous task of transforming a city like Guadalajara into a more sustainable better city, he replied: “start small… try out some pilot projects… close some streets to cars… open up some parks and greenways… let people enjoy them and see. Build momentum piece by piece…” Â This was only one of the many messages Mr. Adams offered Guadalajara, a city which is following what he feels is an unwise investment into city infrastructure suited only for cars. Other ideas included inviting people to return to live in the downtown core as they once did many decades ago, densifying major transportation corridors with people, and giving them access to fast, clean bus lines. 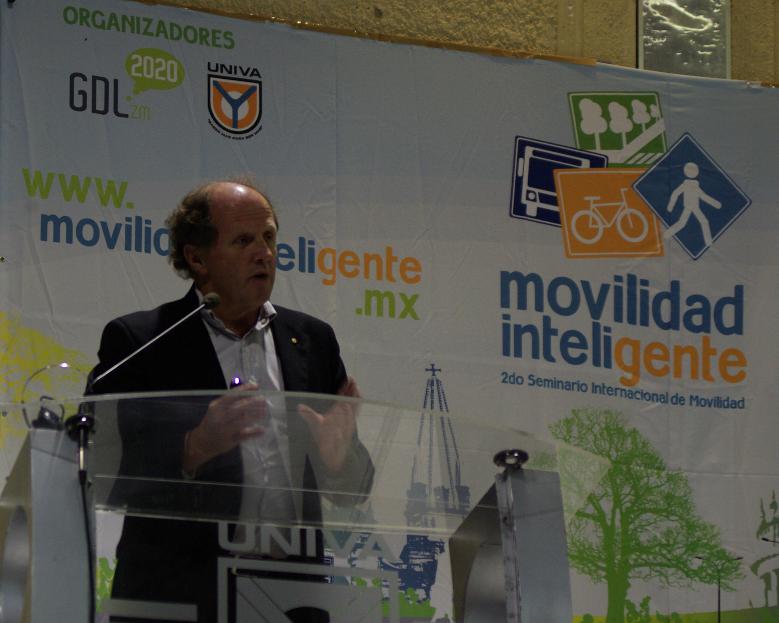 We couldn’t agree more, and thank Rob Adams for kick-starting the re-visioning of a more livable, more functional, more economical Guadalajara. Here is a talk he recently gave about the healthy transformation of the City of Melbourne as part of the TEDx lecture series: