We wanted to look at a development at the distant edge of Guadalajara, Mexico. Far from the city centre, and next to the forested countryside, we found an encouraging example of a suburban home that takes a step in the right direction. Built on a steep slope, the builder worked with the natural slope of the site to recycle waste water on-site. All grey water (from sinks and showers) is cleaned in a series of landscaped filtration ponds, and returned into the ground. All blackwater (from toilets) is passes through a septic tank where it is cleaned, then joins with recycled greywater to recharge the local ground water supply.

The roof is designed toÂ accommodateÂ both solar hot water and photovoltaic panels at a later stage. Large south-facing windows to maximize natural light and solar gain and avoid a cold, shady interior. The windows running along the open kitchen/living room provide natural lighting and views out into the surrounding landscape. Almost all trees were left on site, some being moved and replanted. Only exotic, water-hungry eucalyptus were cut down. All wood used for framing is local Mexican wood. 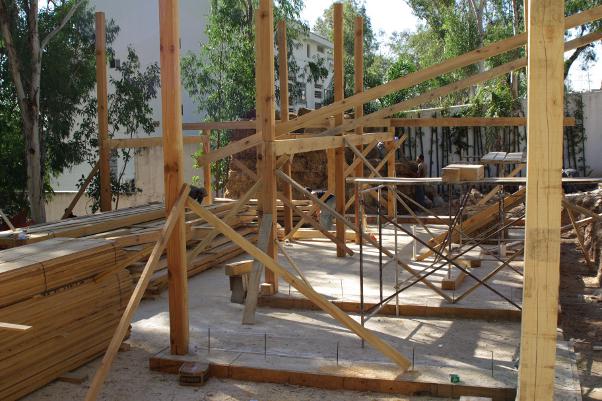 Straw bale’s are used for insulation for all of the building’s outside walls. 100% biodegradable and locally produced, this form of building insulation is non-toxic throughout its entire lifespan, which is as long asÂ typical industrialÂ insulation products if kept dry and out of the sun. Alternatives such as wool often carry residues of pesticides that animals are treated with, or Borax, a suspected reproductive toxin, to enhance its flame retardant and pest repellant qualities. Recently, fiberglass insolation has also been called into question as a suspected carcinogen, similar to it’s predecessor, Asbestos.

TheÂ insulatingÂ quality of straw-bale is far better than poured concrete or adobe, though in order to perform as well as a wall insulated with fibreglass, it must be twice as thick. This added thickness for a straw-bale wall would likely occur anyways due to the blockyness of the large straw-bales. The California EnergyÂ Commission rated straw-baleÂ insulationÂ with an R-value of 30, others have rated it higher. Additionally, straw-bale can act as a thermal mass (giving off absorbed heat long after the sun has gone down) if coated with plaster. The plaster can then be given a rough or smooth finish to suite the architectureÂ of the house, which can be as modern in style as any other building form. 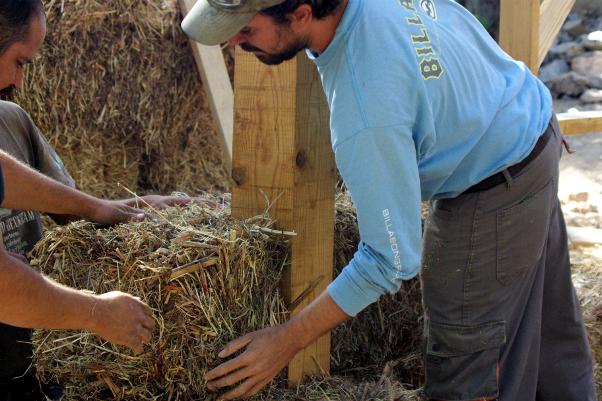 Although research suggests the damaging qualities that suburbs have had on cities since they first starting appearing in North America in the 1950’s, DPI Territorial encouragesÂ options. Whether high-rise, mid-rise, town houses, or single family homes, a healthy city must provide a diverse housing stock that can suit the needs for all family sizes, income levels, ages and demographics. For those that prefer to live in quieter, more distant suburban neighbourhoods rather than community centres, there must be beautiful, affordable, low-impact options for them. This home built by Eric GÃ³mez atÂ Tierra Cruda sets a good example for the future of more sustainable low-density development in Mexico.