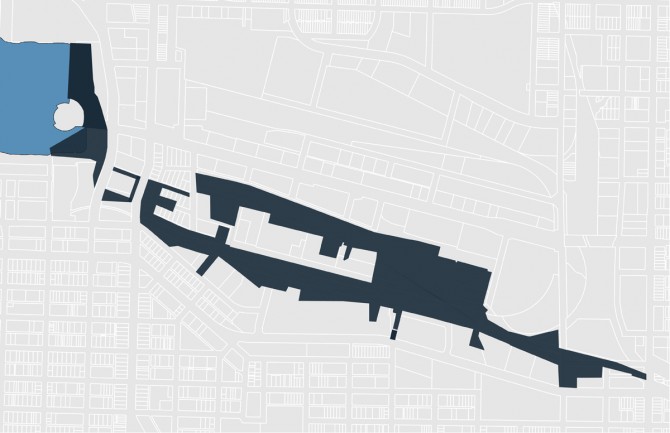 The City of Vancouver has identified several neighbourhoods that are particularly vulnerable to sea level rise. One of these areas, the False Creek Flats, was itself originally a wetland which was filled in to support rail and other industry. Located just outside of the downtown core, this area is currently being planned for redevelopment. As a precursor to Vancouver’s False Creek Flats official planning process, City staff members collaborated with the public, designers and researchers to explore climate and flood resilience strategies, and the aesthetics of flexible, adaptable, robust design in False Creek.
Neighbourhood designs with a focus on people and livability in a future with over a meter of sea level rise, wetter winters, drier summers were developed by UBC Landscape Architecture students. In one design scenario, a “BlueWay” open space corridor connects the False Creek seawall to the west of the Flats, with China Creek and ultimately Trout Lake to the east, accommodating and storing water across the low-lying site. This forms a physical, pedestrian-oriented “blue” infrastructure connection deep into Vancouver’s east side, along a unique mosaic of residential, light industrial, energy, commercial and recreation land uses.
Following multiple design charrettes for the site with the City of Vancouver, UBC’s School of Architecture and Landscape Architecture, SFU’s Adaptation on Climate Change Team (ACT), and BCIT’s Architectural Science program, I created these time-series of visualizations showing my vision of the gradual transformation of the Great Northern Way district into one of Vancouver’s newest climate resilient neighbourhoods. The first is an overview of the strategy across the entire site, and the second reveals more detailed place-making that could occur around Thornton Street. 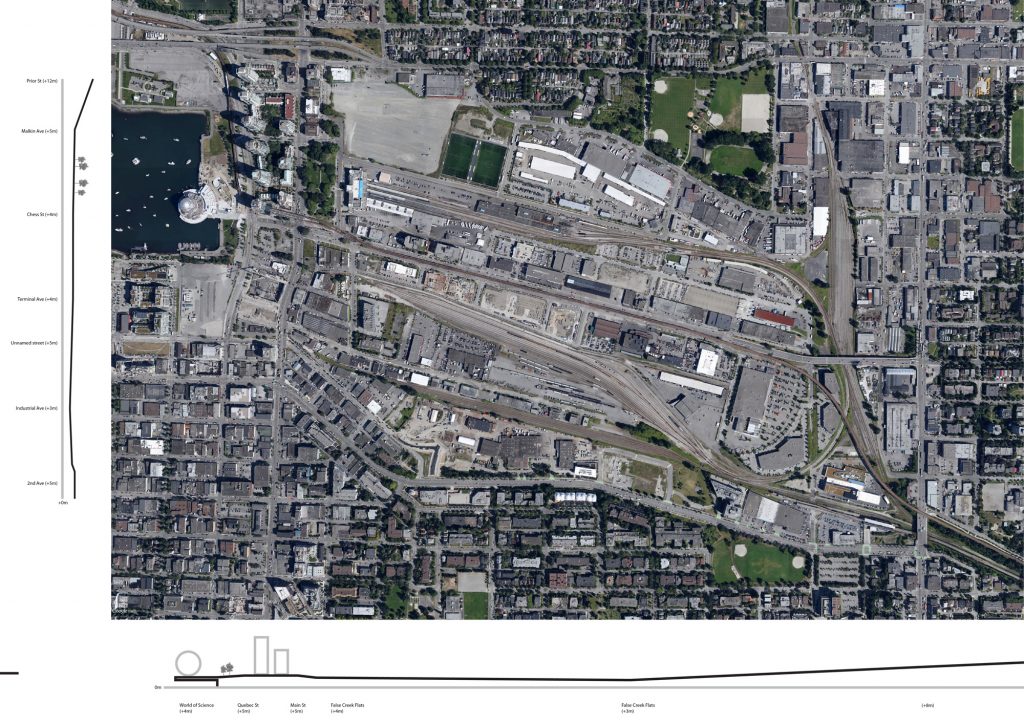 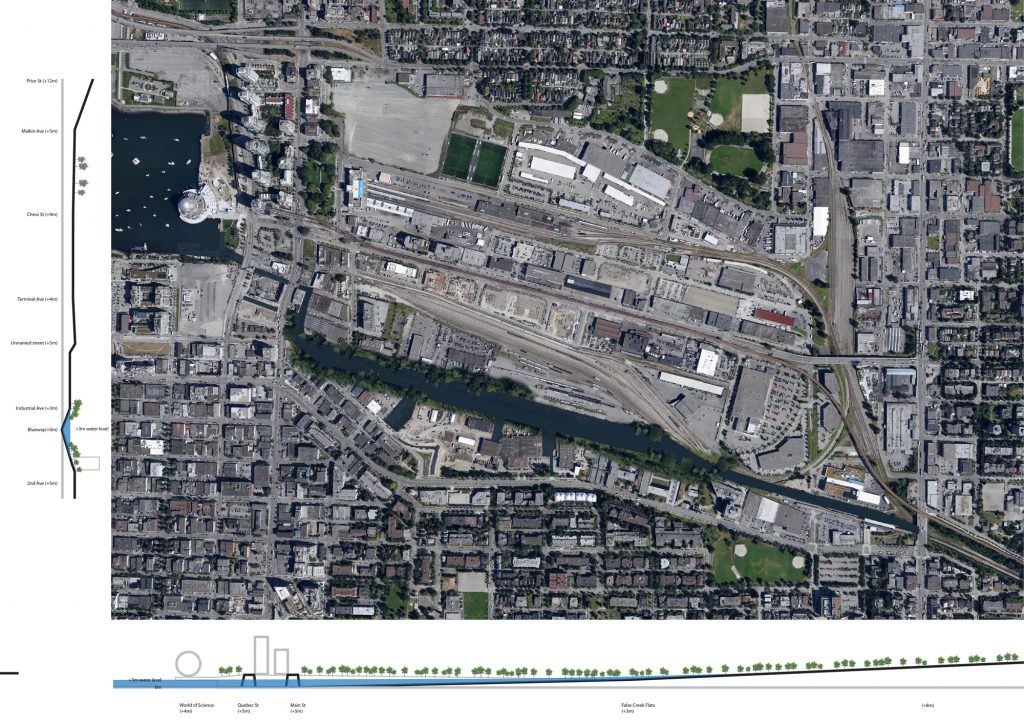 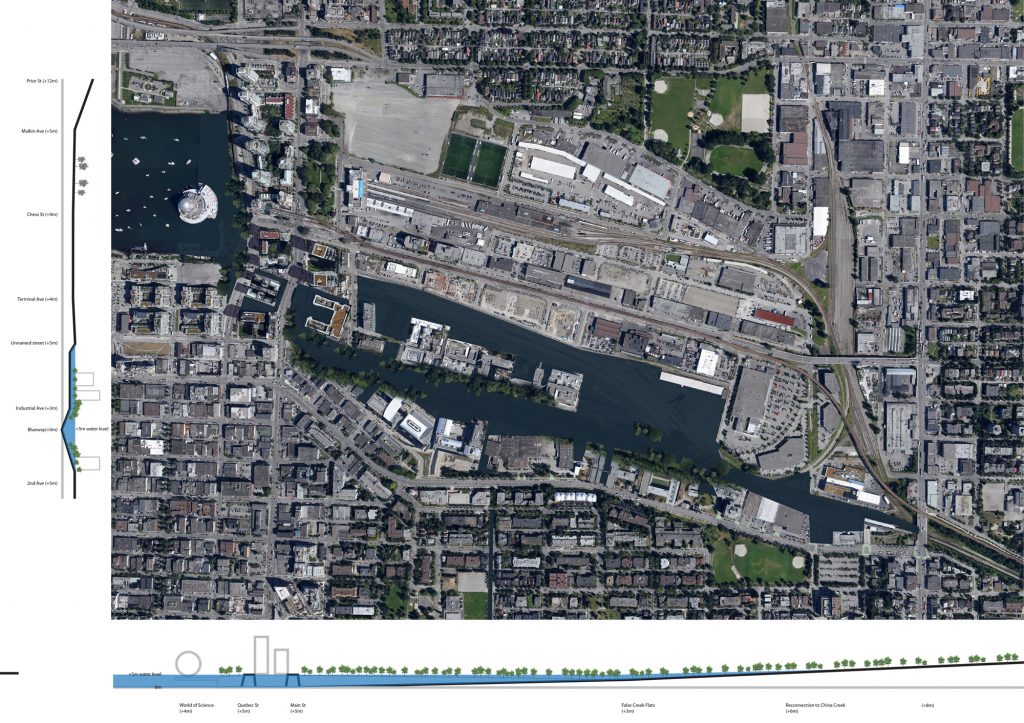 False Creek Flats (2040). BlueWay re-establishes its historical connection to False Creek to the west, stimulating the development of a mixed use corridor along the most vulnerable lands stretching all the way to Trout Lake to the east.

Creative District (2040). Resilient urban design accommodates peak rainfall and storm surge events during the wetter winters of the future, while providing places for people, cultural events and the arts.